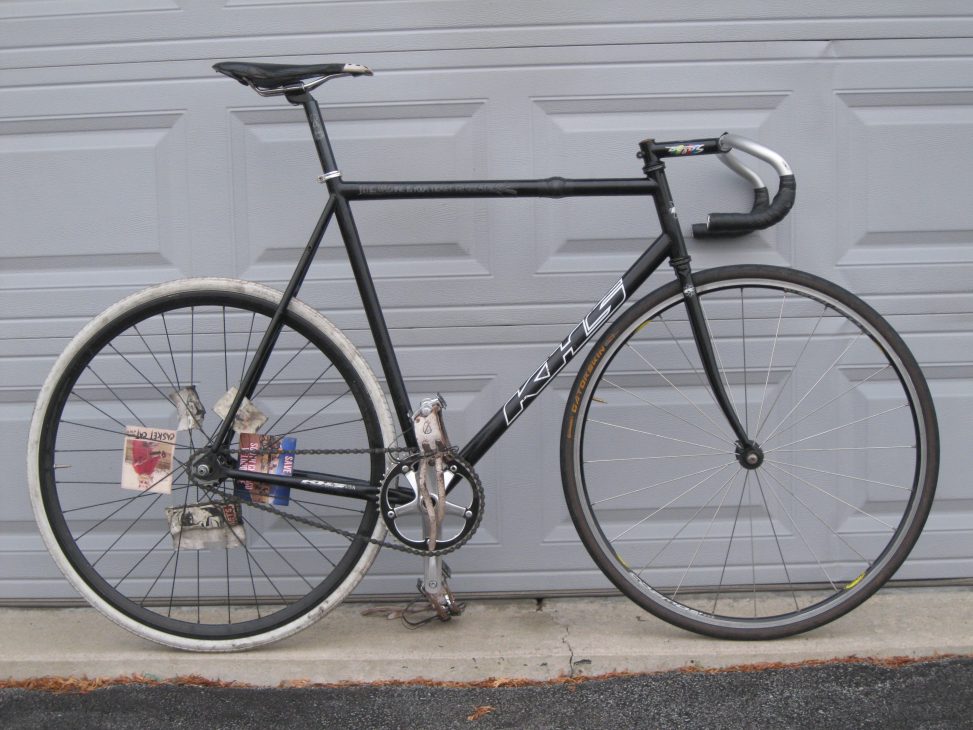 18,784 • Heyo, my name’s Jay and I’m from the Windy City.
I got into riding sw8 kewl fixy bieks in the summer of 2014. I’m a big
skateboarder and a few of my friends who skated rode and I just needed a
damn bike. After some deliberation I decided on a bike (not this one) and I
got hooked on it pretty quickly, fast forward to summer 2015 I found this
KHS with seatpost and clamp and headset for a sweet price while on vacation
back home in Minnesota. I pretty much built the rest of it up with the
exception of the chain wheelset, saddle, and pedals (not the ones
pictured), which got moved over from an existing bike. The bike as pictured
isn’t how it’s set up now but I haven’t done a proper shoot since it’s
changed a bit.
57cm (60.5ctt) KHS Flite 100
Omniums/All-City 46t Chainring/KMC Z410
Generic Kalloy Seatpost/Fizik Tundra
130mm Vintage Salsa (upside down for max aero of course)/Cinelli Criterium
40cm
Rear Alexrim Race 28 to All-City
Front Mavic Cosmos to Mavic
MKS Sylvan Stream Pedals w/ All-City Cages and Double Straps