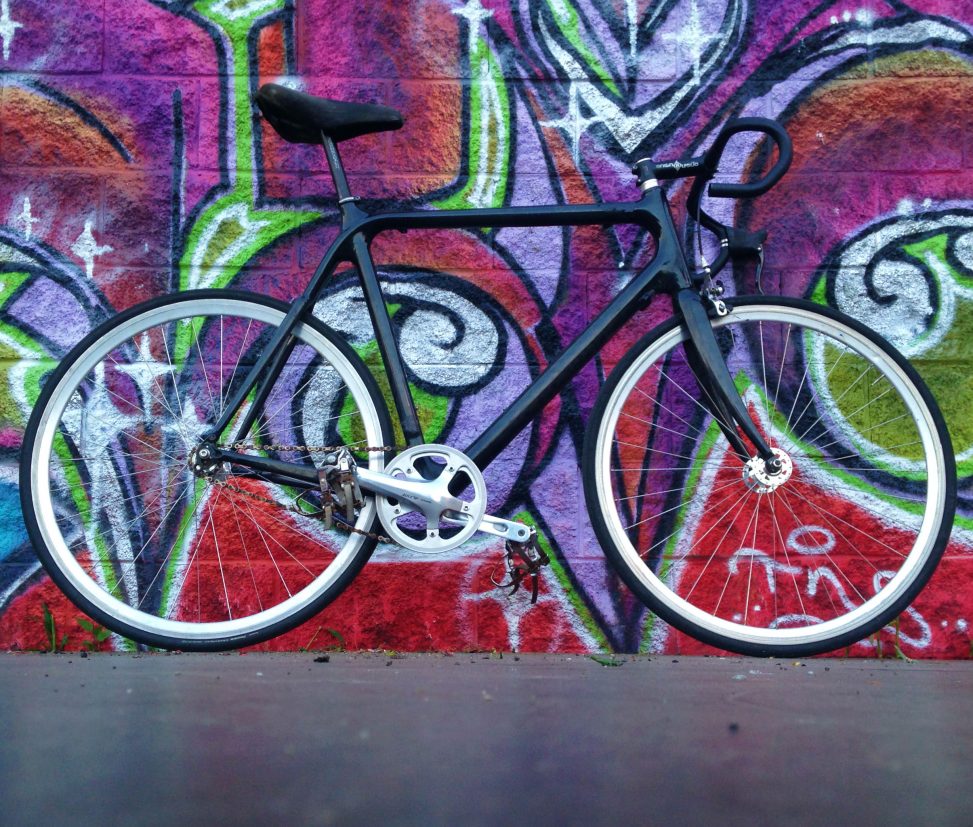 It is with great sorrow that I report the loss of my Bikesdirect Carbon
frame, who succumbed to a hairline crack to the drive side seatstay on my
ride to work this morning.

The frame was born in a factory in Taiwan in 2008. I purchased her via
bikesdirect that year and made her into a geared road bike. At $450, this
frame had the lowest retail price of any carbon frameset ever. Carby rode
through many exciting locales in her life, including Columbus, Cincinnati,
Lexington, Central Florida, and Chicago. In 2009, she toured Ireland,
England, and France.

Only three weeks ago, Carby was rebuilt into a fixie. Already very light
as a road bike, Carby weighed only 11 lbs after being converted to one
speed. The strain of a fixed drivetrain may have been what did her in.

A Surly Fixed Cog is attached to the FW side of the flip flop hub, locked
on with an old BB lockring. This suicide setup was chosen because I’ll be
goddamned if I’m going to pay twice as much for White Industries’
proprietary splined cog that I can only use on their hubs. In Carby’s
three weeks of life, this setup operated without incident.