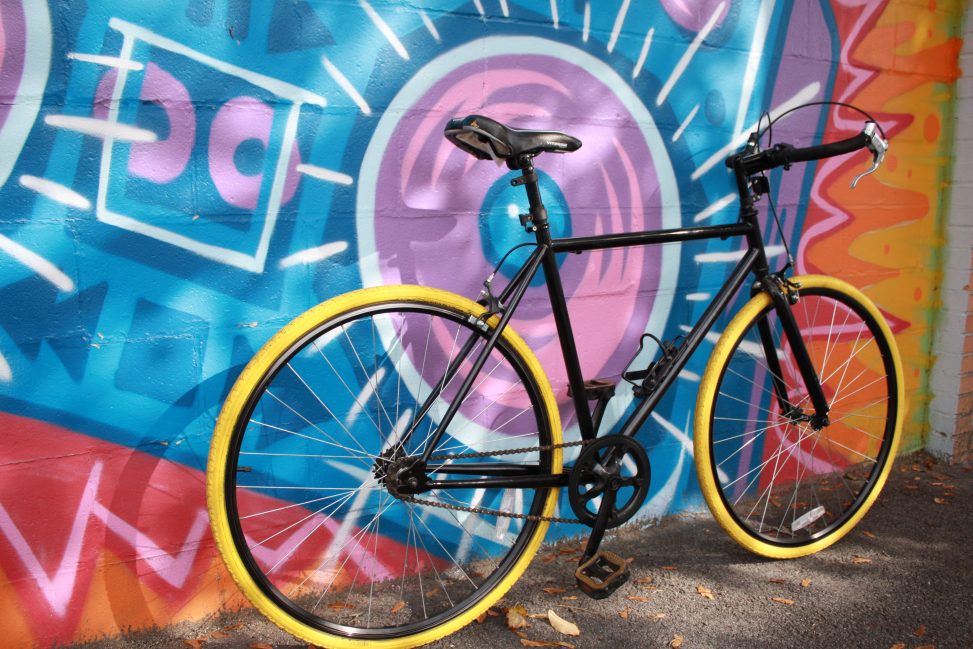 19,039 • It was after much deliberation that I decided to share my fixed-gear masterpiece here. Fear of resentment as the possessor of such two-wheeled perfection gave me pause. I acquired this transcendent velocipede, with a tinge of guilt, for less than half of what a retailer might have originally charged, from a fellow who clearly had no idea of its worth. I recognized the highly sought-after Takara Kabuto, probably dating from the early 2010s.

This machine makes extensive use of carbon throughout its construction, alloying with iron to form a material known as hi-tensile steel. This material composes the frame, fork, seat post, and even the cranks. The tubes of the frame have been adroitly arc welded using a tungsten electrode, the arc shielded by noble gas. I can imagine the doyen of frame-builders admiring this masterwork upon completion in a hidden-away workshop in the orient. The rims, hubs, calipers, and stem utilize aluminum alloys, similar to those used in the aerospace industry. The 700c single-wall rims are wrapped in vivid yellow 32mm Kendas, contrasting the gloss-black paint and gripping the pavement tenaciously. The seat post is topped with the revered Vitesse Racing saddle, composed of space-age polymers, featuring exquisite stitching and impeccable decorative striping. With a gear ratio of 44-18, this bicycle is not for the faint-of-heart.

Although nearly un-improvable, I personalized it with a few changes. The original steel drop bars were replaced by alloy SR Road Champion bull horns, crafted from drops via “flop and chop”, a lost-art passed down to me by my father. Vintage Dia-Compe levers complete the package to provide great braking leverage from a more upright, wrist-neutral position allowing better comfort and vision in an urban environment. Fearing those who might recognize this jewel and seek to purloin it, I employed subtle subterfuge by removing the identifying decals and adorning the head tube with a simple acronym “BSO”, for “Basic Security Option”. 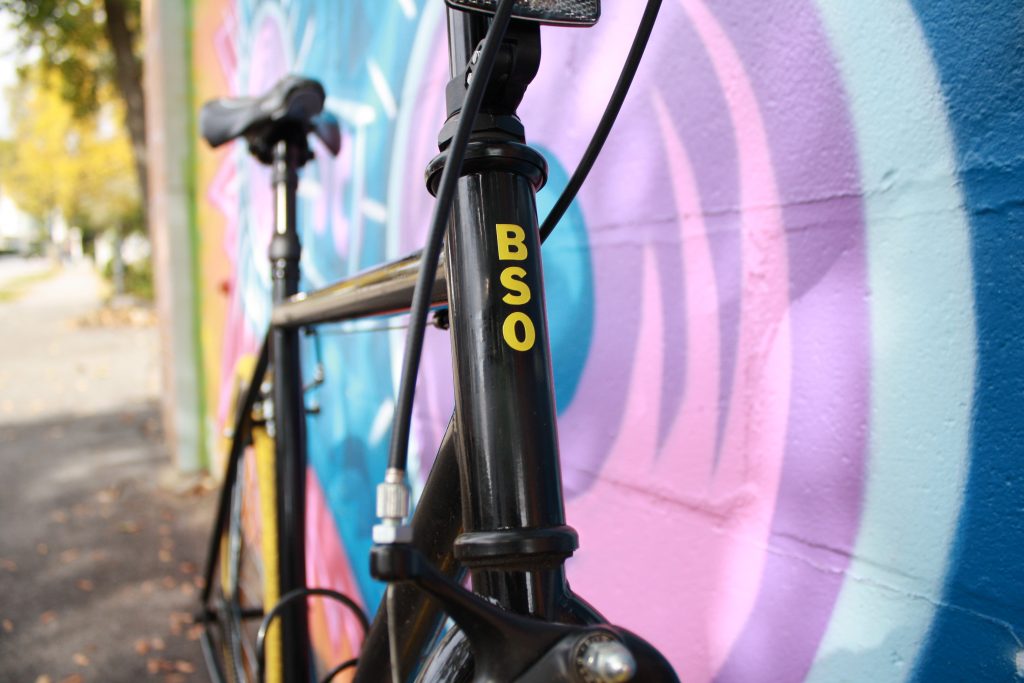 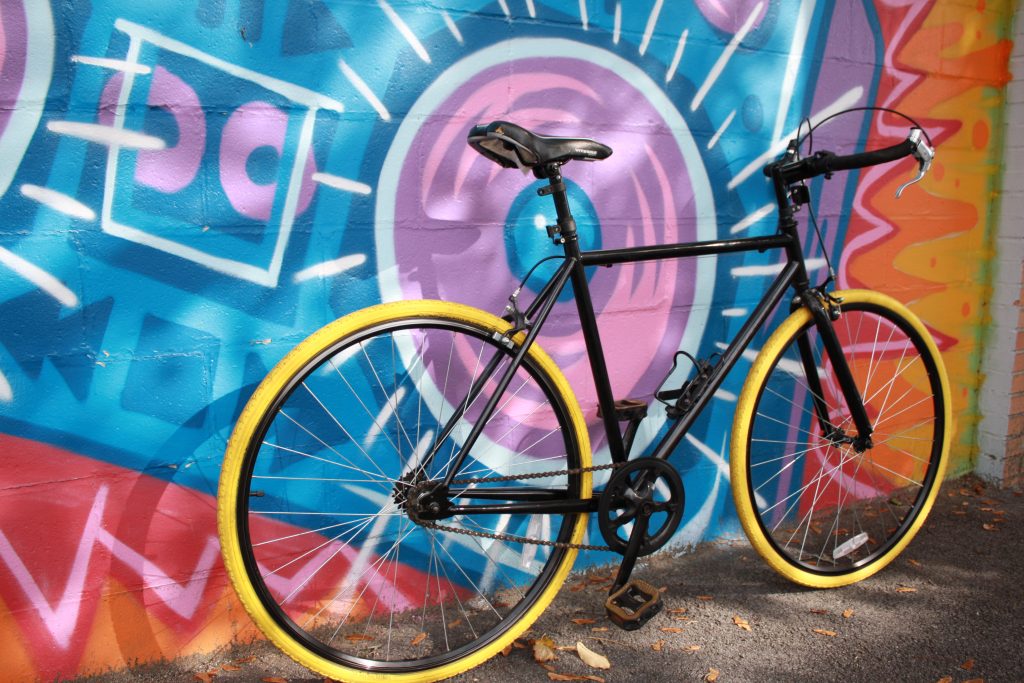 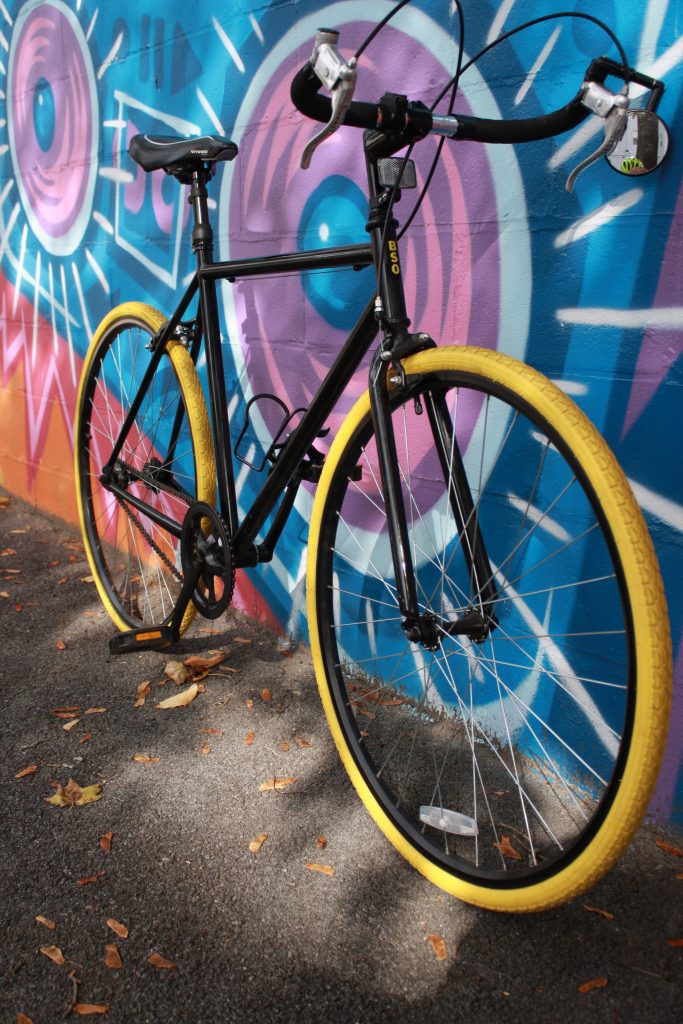