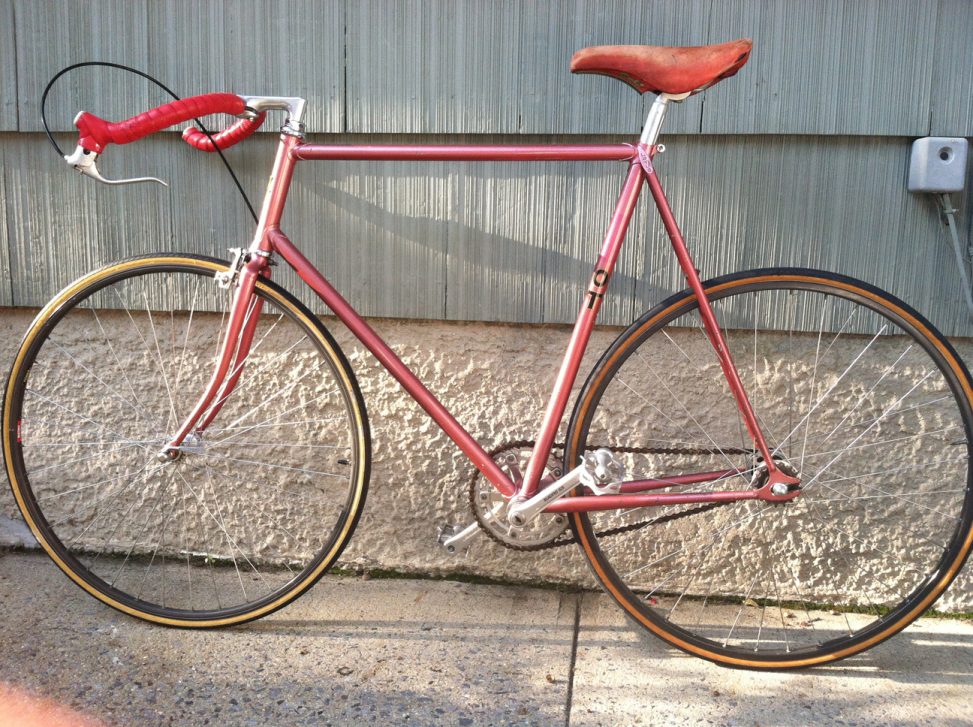 I have a rare 1984 Lotus Sprint track bike. (It’s a factory made single speed track bike by Lotus, NOT a bike thats been converted to one.) The frame is in its original factory “raspberry pink” and was built by Pacific Cycles in Taiwan

I bought the bike back in 1987-88 form my friend Othal Thomas-he removed the Lotus logo letters so only OT remains on the frame! I sold the bike not log after to another friend, Mark Anderson, who still had it as of 2017. He didn’t want to sell it back to me after asking over the course of a year or so. I stopped by one day in September of 2017 to say hello and see the bike.

As I stood there checking it out Mark turned to me and said “It’s going home with you today, give me a minute to get my pedals off it.”
I said, “What?”.
He said, “Yeah. its yours.”
Wow!
So after about 29 years I got my bike back just as I had it back then! 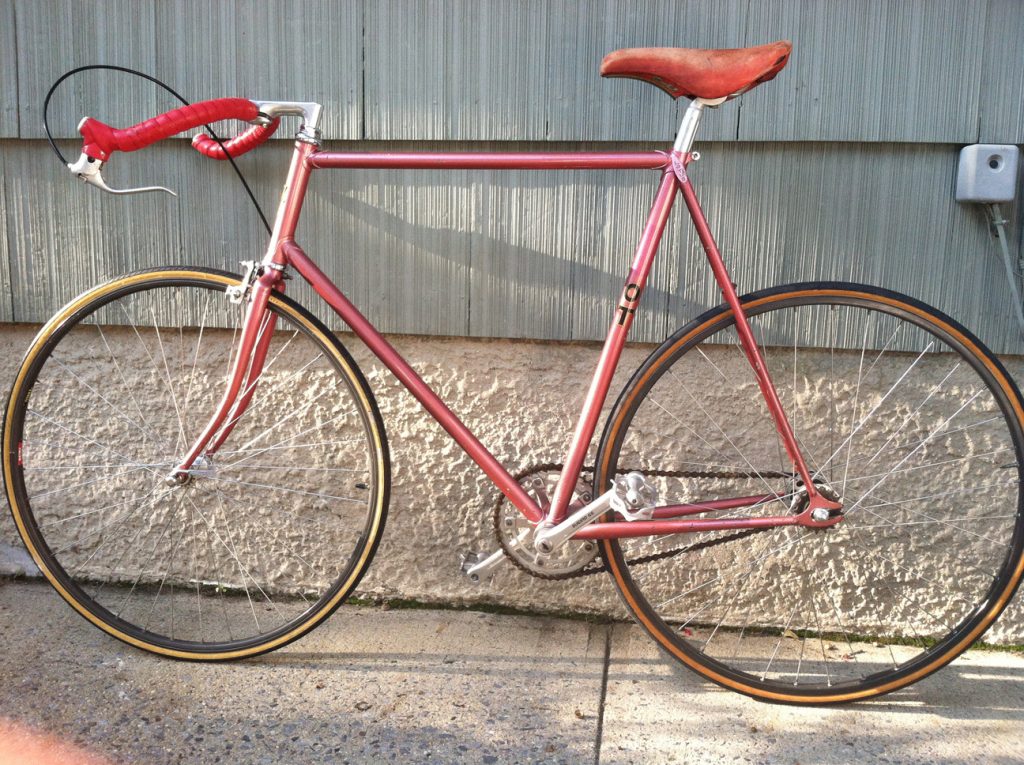